President General Brantley Knowles will preside
over a brief and informative business meeting
followed by a special lecture
delivered by CDA’s own Nicole Scholet,

“Elizabeth Schuyler Hamilton and the Development of the US Constitution”

This event is open to Parent Chapter members, courtesy, candidates, and prospective members.

Rsvp to admin@cda1890.org
Zoom credentials will be emailed a couple days prior to the meeting. 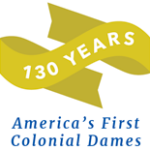 Though women were formally granted the right to vote one hundred years ago with the passage of the 19th Amendment, women had been active in politics long before then, especially behind-the-scenes. This talk explores the development and passage of the US Constitution through the personal experience of Elizabeth Schuyler Hamilton, wife of Founding Father Alexander Hamilton, and her own contributing roles. 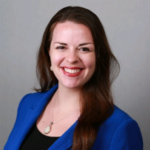 Nicole Scholet is a researcher and speaker on Alexander Hamilton and Elizabeth Schuyler Hamilton. Through her role as President of the Alexander Hamilton Awareness (AHA) Society, her presentations have been featured at historic sites and on C-SPAN3 American History channel. Nicole also serves as the Assistant Director of The Colonial Dames of America.