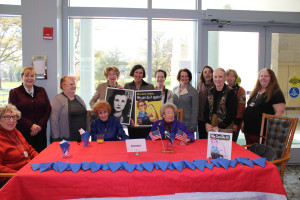 Historic Preservation: The Colonial Dames of America, Chapter III were looking for an historic house in the District of Columbia to restore as their contribution to the nation’s Bicentennial celebration in 1976. Aided by the National Trust for Historic Preservation, their search led them to the Abner Cloud property, whose story dates back to the eighteenth century. The Abner Cloud House is the oldest original building along the Chesapeake and Ohio Canal. This historic house was rescued from ruin by members of Chapter III who raised private funds and obtained a grant from Congress to initiate restoration of the property by the National Park Service. The house was placed on the National Register of Historic Places August 9, 1979. Today the house is jointly maintained by Chapter III and the National Park Service in cooperation with the C & O Canal National Historical Park. It also serves as a public resource for research and education. Learn more about the Abner Cloud House.