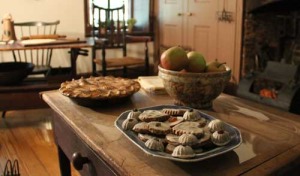 Owned and maintained by The Colonial Dames of America, the Mount Vernon Hotel Museum & Garden presents the period of the Mount Vernon Hotel, which operated from 1826 until 1833. Constructed in 1799 as a carriage house for a 23-acre estate, and converted into the Mount Vernon Hotel in 1826, this stone building sits on land originally owned by Colonel William Stephens Smith, and his wife Abigail Adams Smith, daughter of John Adams. It is open to the public Tuesday through Sunday, except during the month of August. 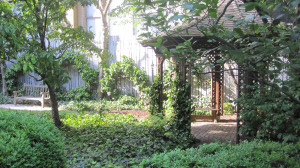 A walk through the garden takes the visitor out of the bustle of the city into a quiet, beautifully ordered oasis of shrubs, plants, and flowers. The garden is open to visitors to the Mt. Vernon Hotel Museum and is available for rent for functions such as weddings and receptions, either independently or with the Abigail Adams Auditorium. More… 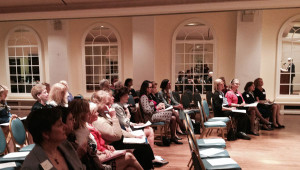 Conveniently located at 61st Street between 1st and York Avenues, the Abigail Adams Smith Auditorium offers a calm and elegant venue in the heart of New York City. A perfect choice for wedding receptions, dinner dances and holiday gatherings, as well as corporate events, this unique and distinctive space can accommodate parties of up to 200 guests.
More…