The six maple fancy chairs around the dining table in the Lower Hall of the Mount Vernon Hotel Museum are perfect for engaging school groups. The chairs, which date to approximately 1820, were assembly-line produced. To involve the students we might assign each of them a role. If someone in the class likes weaving, he or she is designated the maker of the rush seats. Another can be designated “Mr. Godfrey” (one of the 1820s makers identified in period newspapers) who likes art to stencil the gold corn husks on the chair backs. A “joiner” would connect the parts, and an artisan would paint the chairs poppy red.

They are called “fancy chairs” because they are fancifully decorated. Chairs in hotels were subject to a lot of wear and tear. Since fancy chairs were affordable, they could be easily replaced while still appearing fashionable to a discerning public; hence, the enormous popularity of these chairs at establishments such as the Mount Vernon Hotel. 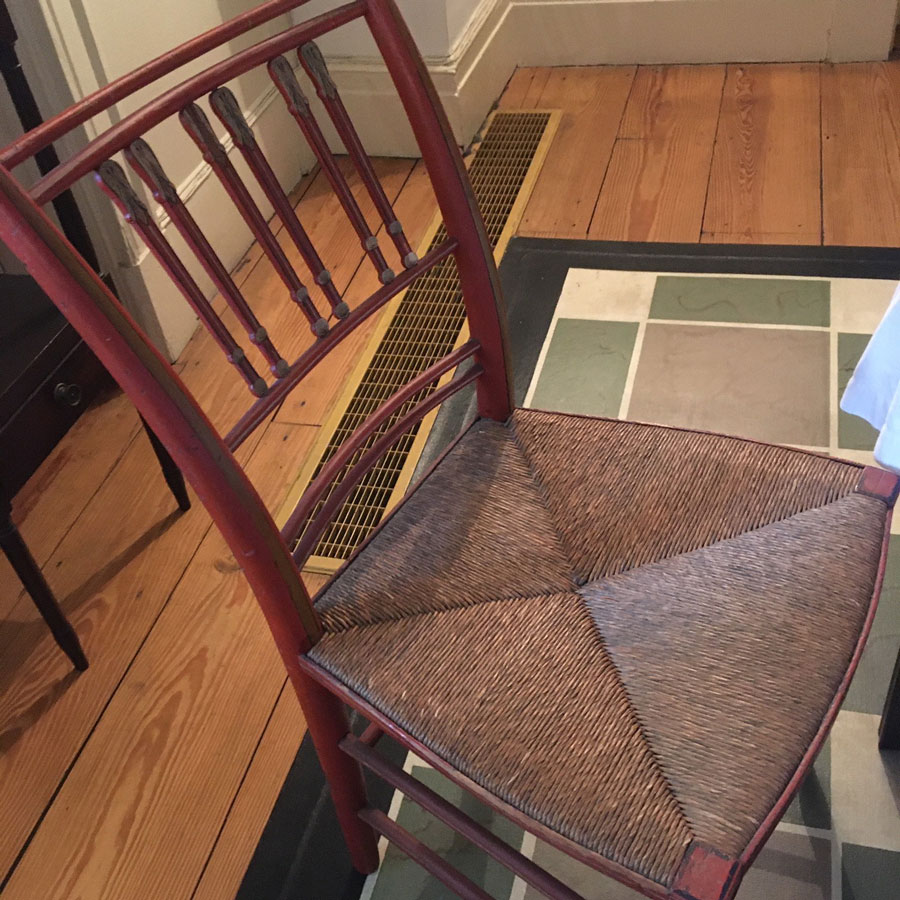