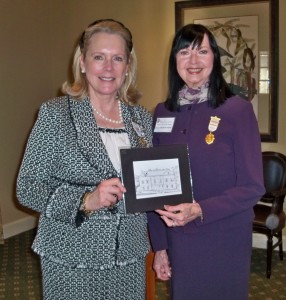 Brantley Knowles, Second Vice President of CDA and chair of the Liaison Committee for Special Initiatives: Chapter Development, Regional Meetings, and Inter-Society Activities, has announced the formation of three new chapters of The Colonial Dames of America.

Chapter XXXVII-New Orleans received its charter in mid-2015.  Chapter XXXVIII-Santa Barbara, CA is actively organizing, with almost forty prospective chapter members. President General Sharon Vaino will visit Santa Barbara in March 2016. The PG visited Chapter XXXIX-Birmingham, AL in September 2015.  Brantley Knowles and BOM member Charlotte Christian have visited these emerging chapters to greet new and prospective Dames and to acquaint them with the history and activities of CDA. Representatives of all three new chapters will attend the 126th CDA Annual Meeting in New York in May.

Chapter XXXVI-Texas Hill Country, which was chartered in 2013 has set the standard for new chapter growth, having enlarged its membership from six to more than forty Dames in the last two years.

Regional Meetings are now being planned and all CDA chapters who wish to assist in planning a meeting for their region are encouraged to contact the office of The Colonial Dames of America. Brantley Knowles leads these meetings, which have proven to be very productive opportunities for chapters to interact with each other, as well as learn more about CDA. 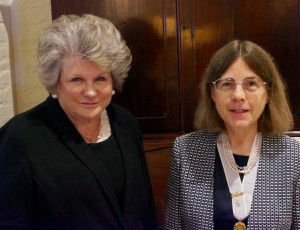 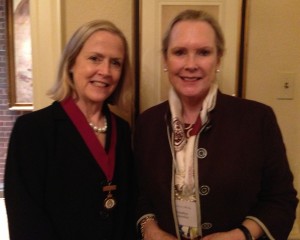